Google Algorithm Updates over the last 5 Years – The Complete Picture

While Google rolls out hundreds of minor changes to their algorithm each year, it helps to know exactly when each of the major Google Algorithm Updates was released and how it affected organic website traffic and rankings.

Improving your search engine optimisation (SEO) starts with the right knowledge, so read on and discover the major changes Google has made to its algorithm in the last 5 years and understand how it could affect you.

Unconfirmed Update: During the first week of February, a heavy algorithm flux was noticed, affecting sites who were relying heavily on black hat SEO techniques. As another update unconfirmed by Google, spectators were left guessing whether it was an update to the Penguin algorithm or something else.

Google Fred Update: A similar unconfirmed update was noticed on March 8, nicknamed “Fred” by Google’s Gary Illyes. It is believed that both of these Google Algorithm updates were tied to the Panda update of 2015, most noticeably the March update.

Unconfirmed Update: On June 25, it appeared a significant update was made to Google’s algorithm which affected websites ranking between position 6 and 10 the most. The update nearly went unnoticed and was unconfirmed. Search Engine Journal posted that the reason not too many people seemed to be paying attention was the fact that websites that ranked between position 1 and 5 were hardly affected.

Google Possum Update: Another major update, targeted at local search, was Possum. This rolled out on the first day of September. Regarded as the most significant local search update since 2014’s Pigeon, the update was aimed at getting rid of spammy listings and improving local search results.

Google Penguin 4.0: Later in the same month, Google rolled out an update to Penguin which was released in phases over a period of about two weeks. Penguin 4.0 saw some sites recovering nicely, particularly those who had taken action after being penalised by the original Penguin update.

Google AdWords Update: In January, historically large movement in rankings was noticed, which was later confirmed by Google to be an update to their core algorithm. Fast forward one month and AdWords saw a major overhaul, with ads in the right column getting thrown out the window and four-ad top blocks became the new sheriff in town. Even though it was an update to paid search, both organic and paid results felt the impact in their Click Through Rate.

Unconfirmed Google Updates: Meanwhile, the year ended with much of what we have seen so far in 2017, with unconfirmed updates that got people talking in November and December.

Mobilegeddon: The first major update released was in February which was of course, unconfirmed. Many speculated that is was aimed at e-commerce and others thought it had to do with mobile usability, but the highlight of 2015 was no doubt “Mobilegeddon”. In February, Google announced that in April, they were going to roll out a mobile update which would make mobile-friendly sites rank differently in mobile search. It was also at this time that they introduced app indexing to provide useful content from apps.

Google Panda 4.2: In May, Google performed a core algorithm change affecting what they referred to as “quality signals”. Later in July, Google announced Panda 4.2 which was believed to be a data refresh of the Panda update. It was supposed to roll out over a couple of months and it was not particularly clear what the effects were.

RankBrain: In October, another announcement was made, revealing that the search engine had been using machine learning (RankBrain) as a major factor for ranking search results, starting earlier in the year.

Google Top Heavy Update: Google started the year by refreshing their page layout algorithm in February. Also referred to as “top heavy,” the algorithm was released for the first time in 2012 to penalise websites that placed an unreasonable number of ads above the fold.

Google Payday Loan Update: The following month saw an unnamed update and in May and again in June, the search engine had its “payday loan” algorithm updated to target extremely spammy queries.

Google Panda 4.0 Update: Right after the “payday loan” update in May, a major Panda update (Panda 4.0) was confirmed, affecting about 7.5% of queries made in the English language.

The death of authorship: A month later, Google surprised the online world with its announcement that it would be abandoning the idea of authorship photos appearing in search engine results pages (SERPs). The move was shocking because they had been promoting authorship aggressively as a connection to Google+. They later removed authorship entirely in late August.

The Birth of Google Pigeon: With the release of Pigeon in July, Google nearly turned local SEO on its head. The update was intended to make the link between their core algorithm with the local algorithm even tighter. Pigeon changed the way the search engine interpreted and handled location cues while altering some local results dramatically.

HTTPs: Another major update seen in 2014 was the SSL update, with Google announcing in August that they would begin to favour sites with HTTPS. At the time, they emphasised that the boost for sites which added encryption would be a lightweight one.

Google Penguin Data Refresh: In October, there was a Penguin data refresh over a year after the last Penguin update.

Google Pirate Update: There was also an update to their original “Pirate” update which had been released years earlier. This one was rolled out to tackle digital media and software piracy, resulting in very noticeable drops in ranking for the sites that had been targeted.

To wrap up the year, Google made it clear that they would replace irregular major updates with continuous updates. Still, in December, Pigeon was expanded to Australia, Canada, and United Kingdom.

Two Google Panda updates: 2013 was about as eventful as 2014, with the first quarter of the year seeing two Panda updates, one in January and the other in March. Later in June, Matt Cutts explained that Panda continued to update monthly over a period of ten days, away from the “everflux” many expected to follow March’s Panda. The following month, a Panda update was released that seemed to soften some of the Panda penalties from the past.

Google Phantom: In May, many sites lost significant amounts of traffic due to an update (dubbed “Phantom”) to the algorithm, but it remained unclear what the precise nature of the update was.

Domain Clustering: Later in the month, Google released an update to control domain clustering in SERPs, making it less likely for users to find a cluster of results from the same domain.

Google Penguin: A fourth Penguin update was also rolled out this year.

Knowledge Graph: Shortly after the Panda recovery in June, the Knowledge Graph (KG) feature was expanded, resulting in over 25% of searches displaying a KG entry.

Google “Hummingbird”: In August, Google included “in-depth articles” in news results to help users find more long-form content. Reports of flux were spread around August 20tht which seemed to be an update to the core algorithm to the Knowledge Graph and semantic search. Later, on September 26th, Google announced it as the “Hummingbird” update.

Google Penguin: Another Penguin update was released in October with moderate to serious implications for some sites.

Unnamed Google Updates: There was an unnamed update in November and another in December, which was also the month that the authorship mark-up was removed from about 15% of queries.

Savvy marketers know that today, boosting profits and online brand exposure is all about SEO and keeping up with the latest Google algorithm updates. Being on the first page of Google Search Engine Results Page is highly coveted, as 92% of web traffic is generated from there.

However, adopting unethical SEO strategies to stay on top will attract Google’s algorithmic wrath, and harm your business profile and brand value in the short and long term. Google constantly updates its algorithm to punish the use of black hat SEO strategies and to reward ethical SEO marketing.

To succeed online, make sure to always keep on track with Google’s guidelines and do SEO the ethical way, so your website won’t get penalised in any of Google’s future updates.

Grab your free copy of our SEO Checklist and uncover the essential requirements to creating a website that Google and your visitors love.

If you enjoyed this post and found it helpful we’d love it if you shared it – thank you, it’s much appreciated.

Hazel Jarrett, director of SEO at SEO+, is well-known in the SEO space, has won many awards during her 20-year career and has been published on various well-known sites. Through her services and training programs, her SEO strategies have generated 10s of millions of sales for her clients, earning her a big reputation for delivering the results that matter.
Want to follow Hazel on social media? You’ll find her via the icons below.

Download our FREE SEO Checklist and discover the 21 crucial SEO checks to help escalate your Google rankings and increase your sales. 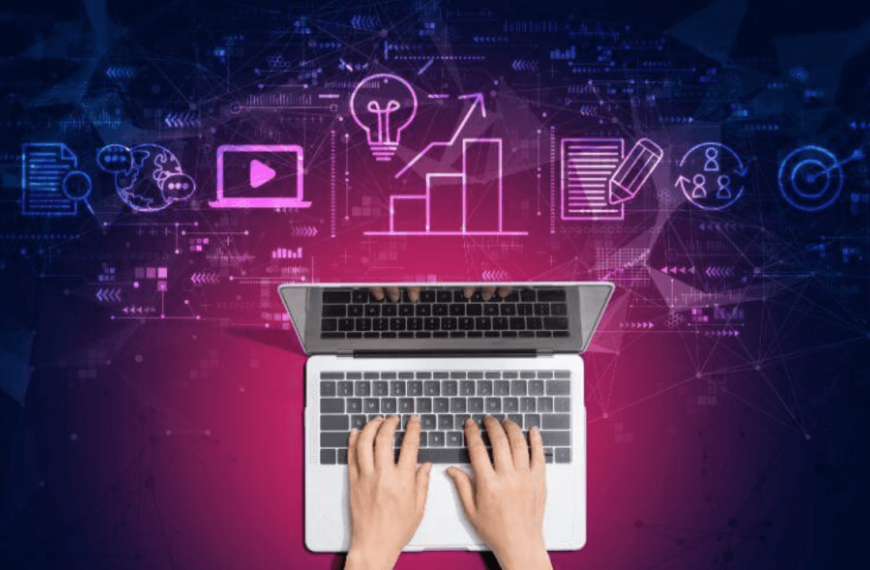 How to do a content audit guaranteed to boost your SEO 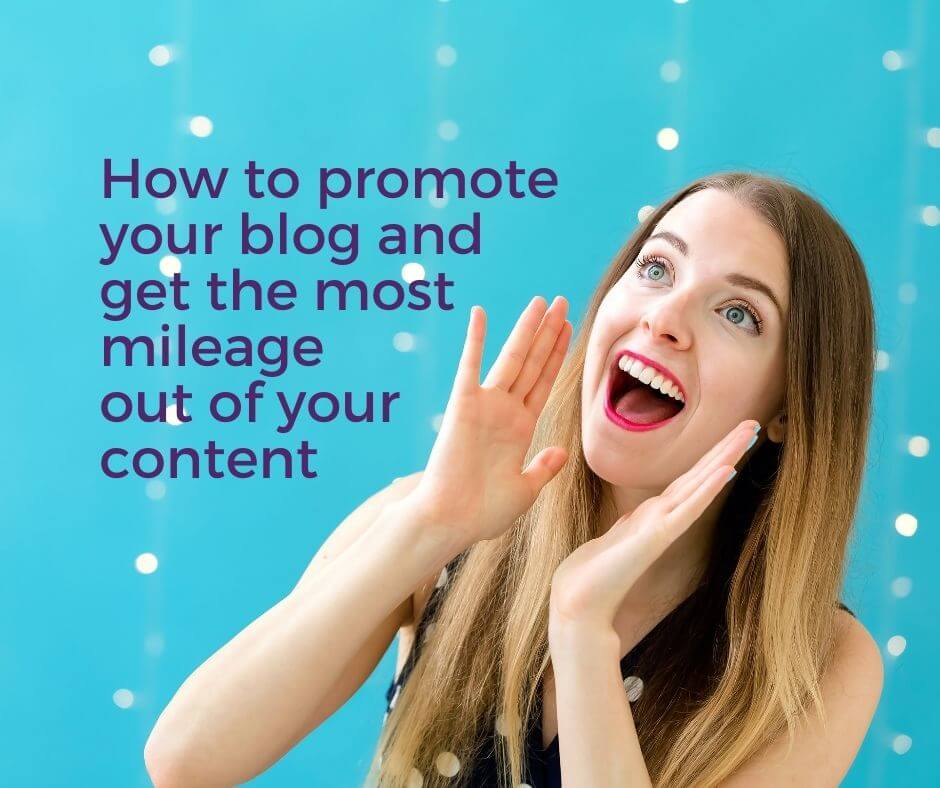 Optimising non-text elements of your website for accessibility and SEO